Free and open to the public with registration
Book signing after the talk, hosted by Bookshop Santa Cruz

The idea of the ‘human’ dates back to the founding of modernity, now hurtling towards collapse. As this process intensifies it may bring about a fundamental reconsideration of modern ideas regarding which entities possess such attributes as agency, speech, and reason. If so what kinds of narratives and knowledge traditions can we turn to for guidance about what might lie ahead? Amitav Ghosh was born in Calcutta and grew up in India, Bangladesh and Sri Lanka. He studied in Delhi, Oxford and Alexandria and is the author of numerous books, including The Circle of Reason, The Shadow Lines, The Calcutta Chromosome, The Hungry Tide, and The Ibis Trilogy, consisting of Sea of Poppies, River of Smoke and Flood of Fire. His most recent book, The Great Derangement; Climate Change and the Unthinkable, a work of non-fiction, appeared in 2016.

The recipient of numerous awards—including France’s Prix Médicis in 1990, the Sahitya Akademi Award, the Arthur C. Clarke award, the Jnanpith Award, India’s highest literary honor, and the Utah Award for the Environmental Humanities—Ghosh’s work has appeared in The New Yorker, The New Republic and The New York Times. Amitav Ghosh’s most recent novel, Gun Island, is due to be published in 2019.

Beyond the End of the World comprises a year-long research and exhibition project and public lecture series, directed by T. J. Demos of UCSC’s Center for Creative Ecologies. The project brings leading international thinkers and cultural practitioners to UC Santa Cruz to discuss what lies beyond dystopian catastrophism, and asks how we can cultivate radical futures of social justice and ecological flourishing. Funded by the Andrew W. Mellon Foundation John E. Sawyer Seminar on the Comparative Study of Culture and administered by The Humanities Institute.

Presented in partnership with the Sidhartha Maitra Memorial Lecture. The Maitra lecture series, established in 2001, seeks to enrich the intellectual life of UC Santa Cruz and the Santa Cruz community.

Co-sponsored by the Center for South Asian Studies at UC Santa Cruz.

Directions and Parking:
The UCSC Music Recital Hall is located at 402 McHenry Rd, Santa Cruz, CA 95064
Parking lot attendants will be on site to sell permits and direct guests to available parking in the Performing Arts parking lot #126. The cost for parking is $5.

If you have disability-related needs, please contact the The Humanities Institute at thi@ucsc.edu or call 831-459-5655. 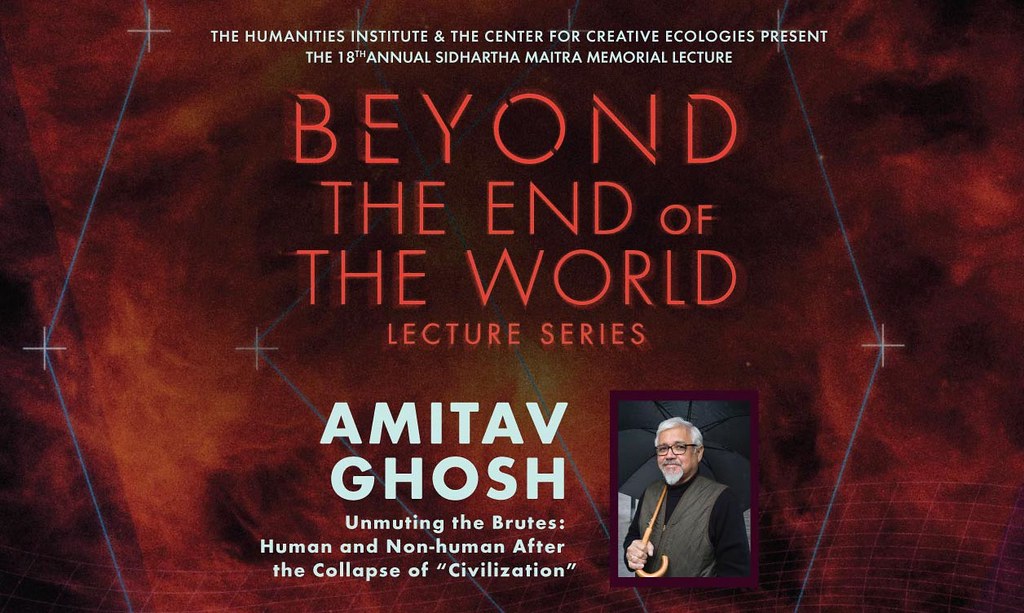